Every athlete should know that playing sports comes with the risk of injury. Contact sports–such as football, hockey, and boxing–have a particularly high risk for trauma to the head, neck, and spine, which can result in catastrophic and often disabling injuries. Specifically, a blow to the head can cause an athlete to sustain a traumatic brain injury (TBI). Often, athletes are diagnosed with a concussion, which is a form of mild TBI. However, after a serious tackle or hit, an athlete may sustain a much more severe brain injury. 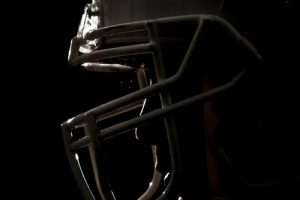 Concussions can be dangerous of young athletes in middle and high school because their brains are not fully developed and, therefore, the effects of brain damage can be particularly debilitating. TBI may prevent these young athletes from succeeding in school and they may require significant accommodations for cognitive dysfunction. Additionally, brain injuries can cause serious emotional issues, which can be magnified in already emotional teenagers. Brain injuries can affect young athletes for the rest of their lives.

Concussions and other forms of mild TBI can be dangerous for adult athletes, as well, especially if they sustain multiple brain injuries over the course of their athletic career. There are many long-term effects of recurrent concussions, many of which may not be apparent for years after their retirement. For example, some conditions that have developed in former professional football players include:

Perhaps even more concerning, if an athlete receives another blow to the head before an initial brain injury has fully healed, there is a risk that the athlete may suddenly develop a rare condition called second impact syndrome. The condition causes rapid swelling and pressure in the brain and can be fatal within minutes if not immediately stabilized.

Negligence That Leads To Brain Injuries

Not every sports injuries is compensable, as some injuries are unavoidable and no one is at fault. However, the following negligent acts may lead to a legal action for a sports-related TBI:

If you or your child has suffered a traumatic brain injury playing sports and you believe it may be due to the negligence of another party, you should not hesitate to discuss your situation with a qualified brain injury attorney in Baltimore. At The Casper Firm, we will evaluate the circumstances of your case and advise you whether you have a viable claim for personal injury. If someone else’s negligence led to the brain injury, we will work to help you obtain the full amount of compensation your deserve for your losses.