When an individual sustains a blow to the head, the brain can be damaged in many different ways. One common form of brain injury is a brain contusion, which is the bruising of a patient’s brain tissue. Bruising occurs when tiny blood vessels become crushed and bleed under the surface of the brain. A brain contusion can be relatively minor or can be severe and result in significant swelling or heavy bleeding. In general, a contusion is considered to be a more serious injury than a concussion because it involves structural damage to the blood vessels. Proper diagnosis and treatment are needed to prevent dangerous complications and to ensure a brain contusion heals with the fewest possible effects on a patient’s life.

When someone suffers a blow to the head, a contusion can form when the brain tissue hits the inside of the skull. This is especially common in areas of the brain under parts of the skull with sharp bony ridges, including the temporal lobe or frontal lobe. Some types of brain contusions include:

The location of a contusion is important in determining which cognitive or physical functioning will be affected by the bruising. If contusions exist in more than one location on the brain, the signs and symptoms can be greatly increased.

Effects Of A Brain Contusion 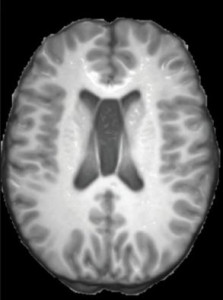 Individuals who suffer brain contusions may also have headaches, nausea and vomiting, or loss of consciousness and seizures. More severe contusions can lead to significant bleeding or swelling, which can lead to a sharp increase in intracranial pressure. When such pressure is placed on the brain, it can damage the delicate healthy brain tissue. Contusions may lead to subdural hematomas or other complications that may result in a coma or may require emergency surgical procedures to relieve pressure or drain excess blood from the brain cavity.

If you have sustained a brain contusion, you may be facing a long road to recovery with a variety of challenges depending on the location and severity of the contusion. We can stand up for your legal rights to recovery following a brain contusion and can help you hold any potentially negligent parties liable for their part in causing your injury. You may be entitled to compensation for medical expenses, lost income and benefits, and much more, so please do not delay in calling our office to discuss a possible legal claim today.