A basic principle of personal injury law is that people who are hurt by the negligence of others are often entitled to recovery for the losses they sustain. Serious injuries like traumatic brain injuries (TBIs) can result in significant losses, sometimes well into the hundreds of thousands or even millions of dollars. In order to recover, however, a victim must be able to establish the fact that his or her accident was caused by negligence.

What is Legal Negligence?

In the context of personal injury law, the term “negligence” has a very specific meaning. Simply put, negligence occurs when a person fails to conduct him or herself with the degree of care that would ordinarily be exercised by a reasonable person. The question of whether a person was negligent in a particular situation is a highly fact-dependent inquiry and often requires significant legal analysis. For this reason, it is important for anyone who has sustained a traumatic brain injury to have their case reviewed by an attorney familiar with practicing in personal injury law. 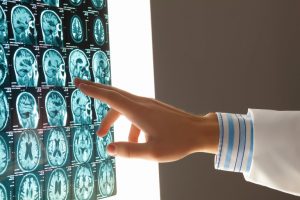 TBIs can occur in a wide variety of accidents, including car wrecks, slip and falls, sports injuries, and incidents involving defective consumer products. Some common examples of the kinds of negligence that can often cause traumatic brain injuries include the following:

What kinds of evidence can be used to establish that my TBI was caused by negligence?

In many TBI cases, the at-fault party will simply concede liability, meaning the only issue that needs to be resolved is the amount of compensation due. In others, however, there may be a dispute as to who or what caused an accident that resulted in a traumatic brain injury, making it necessary for a victim to gather evidence in support of his or her claim. The kinds of evidence that may be relevant will vary depending on the circumstances of the accident, but may often include the following:

Obtaining these and other forms of evidence establishing that another party was negligent can often be difficult. Fortunately, an attorney can compel the production of evidence in support of your claim through the use of various legal procedures such as requests for production and depositions.

Contact The Casper Firm Today to Schedule a Free Consultation

People who have sustained serious injuries such as TBIs should always have the circumstances surrounding their accident thoroughly reviewed by an experienced lawyer. In many cases, TBI patients can recover substantial financial compensation for their losses, including their medical expenses, lost income, loss of quality of life, and physical and emotional pain and suffering. Call The Casper Firm today to schedule a free consultation with a skilled Baltimore and Washington D.C. traumatic brain injury attorney.