Traumatic brain injuries (TBIs) affect some 1.7 million people each year according to statistics published by the Centers for Disease Control and Prevention (CDC). According to these statistics, approximately 52,000 pass away as a result of the TBI, and a total of 275,000 require hospital care. These individuals often are entitled to significant financial compensation for their injuries and the other losses they experience as a result of a TBI. In order to recover, however, they must be able to establish liability on the part of some other person or party, which can often be a legally complicated issue. For this reason, anyone who sustains a TBI should immediately call an attorney familiar with representing the legal rights of people hurt as a result of the negligence of others. 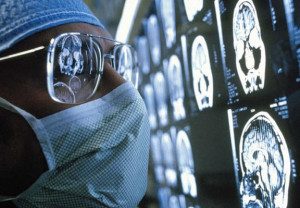 Proving Negligence in a TBI Case

Establishing legal liability in a TBI case often involves establishing that another party was negligent and that the negligence caused the victim’s TBI. In the context of a Maryland or Washington D.C. personal injury case, this requires showing that the defendant failed to conduct himself or herself with the degree of care ordinarily exercised by a person in the same or a similar situation. This, in turn, often requires the presentation of a significant amount of evidence in a way that complies with the Maryland Rules of Evidence and D.C. Rules of Evidence. Of course, the stronger the evidence is in the patient’s case, the greater his likelihood of recovering for his injuries.

The kinds of evidence that can be used in a victim’s case depends largely on the context in which the accident occurs. Some examples of the types of negligence that may cause a TBI and the evidence used to support a claim include the following:

Individuals who have sustained a traumatic brain injury that may have been the result of someone else’s negligence should discuss their options with an attorney as soon as possible. In many cases, TBI victims are able to recover compensation for their medical expenses, lost income, loss of quality of life, and physical and emotional pain and suffering, as well as for any other losses they may experience. At Brain Injury Counsel, we are dedicated to helping people hurt by the negligence of others hold the person or people responsible for their injuries liable. Call our office to retain a Baltimore traumatic brain injury attorney or Washington, D.C. traumatic brain injury attorney today.