According to the Centers for Disease Control and Prevention, approximately 2.5 million people sustained a traumatic brain injury in the United States during 2010. Traumatic brain injuries, or TBIs, are a type of injury that often occurs after a person hits or jolts his or her head, causing a disruption in the way the brain normally functions. People who have sustained a severe TBI often develop long-term medical problems and disabilities, so it is extremely important for anyone that has suffered a head injury in a preventable accident to seek medical attention immediately.

There are two main types of severe TBI, each of which is described below: 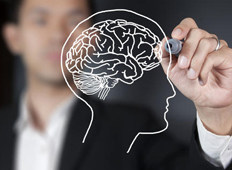 These two types of TBIs tend to have different causes – for example, closed TBIs often involve falls or motor vehicle accidents while penetrating TBIs can be caused by being hit by a sharp object or a firearm injury. Of course, accidents can happen in a variety of ways, and it is perfectly conceivable for any type of accident to result in either a closed or open TBI. Among the kinds of accidents that regularly can regularly cause severe TBI include the following:

What are the Potential Effects Associated with a Severe TBI?

There are many serious potential impacts of a severe TBI that can have a significant effect on a person’s day-to-day life. Some of these are listed below:

Individuals who have sustained a severe TBI are often left with significant disabilities and an inability to earn a living. Additionally, the costs associated with the medical care of a severe TBI can often rise into the millions of dollars over the course of a person’s lifetime. For this reason, it is extremely important for anyone that has sustained a TBI to discuss his or her rights with an experienced traumatic brain injury lawyer as soon as possible. The lawyers of The Casper Firm are dedicated TBI lawyers who have the skill and experience required to successfully represent individuals who have sustained a TBI because of the negligence of others. Call our office today to schedule a free consultation with one of our lawyers.