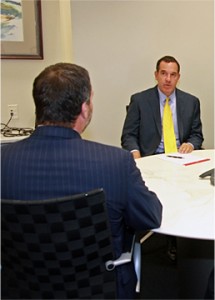 Whistleblower or qui tam lawsuits are cases brought under the False Claims Act, which rewards whistleblowers for reporting activity that results in recovering funds for the government.

The whistleblower’s monetary reward depends on many factors, including the quality of the case as presented to the Justice Department and the work of the whistleblower’s attorney to help the qui tam case succeed. If the government joins the case, and it is successful, the whistleblower may be entitled to fifteen to twenty five percent of the recovery.

Mr. Casper has a solid working relationship with the United States Attorney’s Office for the District of Maryland and other offices, and knows how to develop a whistleblower (qui tam) case to provide the greatest opportunity for government intervention.  Mr. Casper successfully helped recover a $500 million settlement, the largest ever involving a generic drug manufacturer, on behalf of a whistleblower.  Call The Casper Firm for a consultation at (410) 989- 5097.